I know, I know that everyone likes snow but I am not one of them. 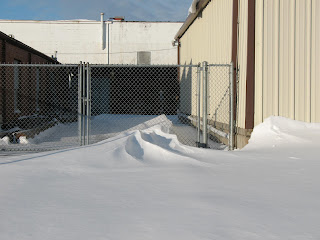 I feel like I am stuck in this house, or office.  It is rather lonely and confining for me.  I will get out and drive in the stuff but only after the major rush of cars has happened to break down part of the ice on the roads.  My itty-bitty car just does not go well on the stuff, absolutely no traction.  Yesterday I had to go to the office as B is taking a few days off, like I did last week.  The Hubby cleaned off the driveway wonderfully well but the street below was another thing.  It had a few places of pavement with lots of ice.  I have a Miata which you can put anywhere, so when I backed out of the garage yesterday morning about 9:30 I just did a turn-about in the drive.  Our drive goes downhill and so does the street and knew that once I got to the street there would be no stopping and going basically.  So forward I went.  I rounded the corner, two corners, and luckily there was absolutely no oncoming traffic either way.  The side roads are murder but the main roads are not bad, although the melting from the snow mounds running onto the streets I knew this morning would be sheets of ice.  So, no workouts for me as I don't want to be the test bunny on the roads at 5:30 in the morning.  (Sorry W, I'm sure I'll be back to it next week!)  I so love my car but it has come to the point that I need something bigger and safer, especially during these icy moments.  Besides I need bigger to haul bigger canvasas for painting.  I am very limited in what I can carry in my Miata.  I don't want to sell it so we will probably keep it for the top down kind of weather but as of now, I'm looking for something new.  In fact, The Hubby and I are going shopping today, need to before the end of the year. 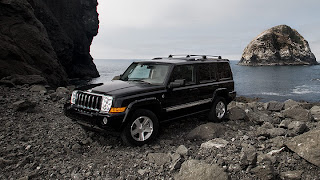 I am totally in love with the new 2010 Jeep Commander.My head turns every time I see one.  Years ago I had a 1986 (new then) Jeep Cherokee.  I absolutely loved that car but it had no power and after 10 years became unreliable for me hauling around two kiddos.  Then I got a Tahoe, which I loved but I had no one else to haul around then and I had the yearning for my sportscar.  So here I am again needing to have space again.  The Hubby wants to look at the Tahoe again 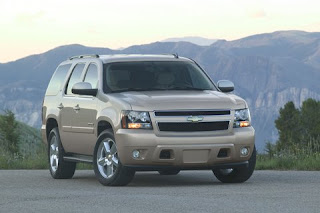 and the Ford Flex, which is my least favorite. 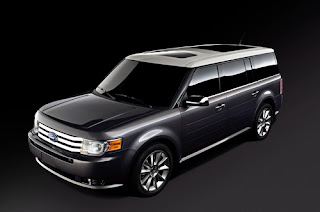 So Merry Christmas to me...

I have a jeep liberty and love it. Good luck with the car search and be safe!

I've had an AWD Flex since May of this year, and so far, I love it. I'm in KC and we've driven through over 8" of snow in it this weekend with no problems whatsoever. Very comfortable and great MPG for a heavy car. Good luck with whatever you decide on. JLM

See? Ice and snow are your friend. They make sure you get a new vehicle!

I don't like snow either. How does Clayton like it? Good luck with the new car. I almost bit the bullet before Christmas, but I decided I can't afford a new car right now. *sigh* Will I ever????