Lemons, Limes and Everything Wicked Weather

The weekend started for me on Thursday.  I had to work in the morning but then I was OFF traveling.  I almost waited till later in the day because of the impending weather but decided to head off anyway!  We were hosting 10 guests Saturday night for dinner, a Cinco de Mayo dinner.  I also had plans to clean out, clean out the liquor corner, the buffet, the pantry, and anything else that needed to be done. 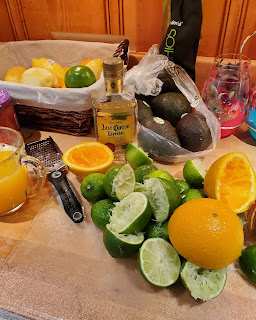 I was so happy to get so much done along with the hosting thing.  We invited a few new people (the old group were all gone) and I really wanted to make the night go off without a hitch.  The menu I planned was Barefoot Contessa's Tequila Lime Chicken, refried beans, cilantro lime rice along with a layered dip (from friend Lesa), chips and various dips for appetizers. 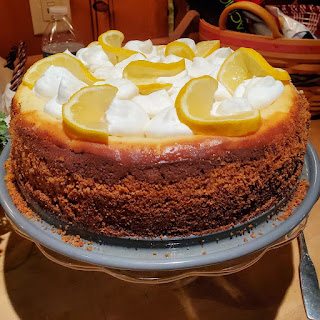 I also saw this lemon cheesecake recipe on Facebook and it looked simple so I decided I would try my hand.  I had a springform pan, thank goodness so I dove in and tackled it.  Cheesecake is not something I have ever made even though I had the pan.  With the chicken and the lemon cheesecake I was a citrus squeezing fool!  My hands actually hurt today.  I really needed more lime but that's okay, the marinade was just fine.  The cheesecake was delicious (I also made homemade whipped cream I've never done.)  The evening went so exceptionally well and it feels good to be back in the saddle again.
Almost forgot the drive to the cabin was a bit dicey with the weather.  I really wasn't too scared, usually my gut twists when it gets weird and I was fine.  But that drive towards that shelf cloud, whew, it was kind of awesome. 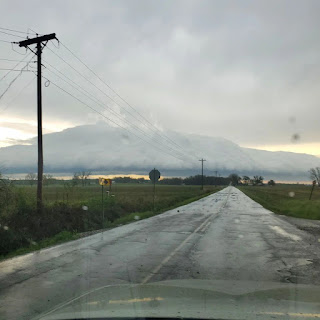 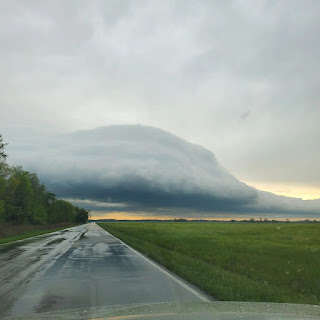 Luckily the road I was traveling was void of any traffic so I just stopped and snapped pictures, lots of pictures. 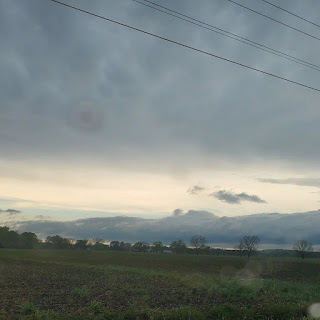 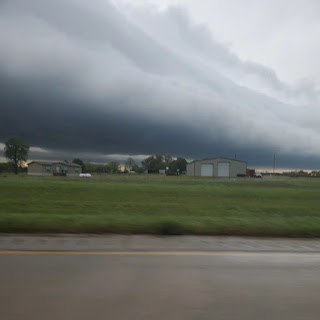 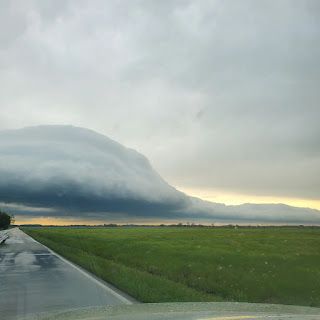 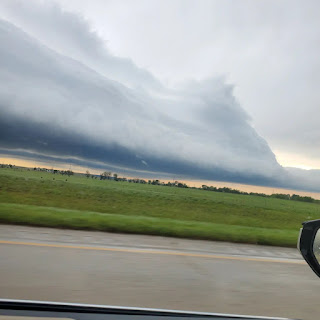