Memory Lane.  That is where we are going this morning.

I was sitting on the screened porch flipping through yet another cookbook I may never use.  It was the second cookbook by Trisha Yearwood, awesome and fattening recipes that look very yummy.  I came to the dessert page and there was a recipe that was basically iced saltine crackers with chocolate.  Wow, memory, fun and delicious memory.

Greatgranny's kitchen was a treasure trove of just stuff when we were kiddos.  She had curtains over the cabinets instead of cabinet doors.  I have that in my kitchen at the cabin in honor of her decorating technique which was just the way it was really.  I remember one shelf on the wall had every kind of Watkins flavoring you can imagine.  We kids loved to utilize that shelf for the tastes we never tried before.  Sometimes the afternoons were kind of boring and while Granddaddy would take his nap while listening to the baseball games we got to cook.  We thought of it as cooking but really it was mixing.  Greatgranny would get out the graham crackers and vanilla wafers, powered sugar, milk, food coloring and the Watkins flavorings.  She showed us how to make icing with the ingredients, especially the flavors and start icing the graham crackers and wafers.  When the graham crackers and wafers ran out and the icing was plentiful then she would bring out the saltine crackers.  We would have the dining room table completely covered with the brightly colored iced things.  We would get a plate and put some on it and go around the house and the yard and serve to whoever was around.  There was no way we could have eaten all of the iced treasures.  It was so much fun and hopefully, one of these days I might get to do that with some grandchillin's.  Greatgranny was an awesome lady.
Posted by Jill of All Trades at Saturday, August 07, 2010

Wow, thanks for sharing. Your Granny sounds like a very nice lady.

Great Grandma sounds like the lady we all wanted for that role and some never got to see them. I know I didn't.

You were so lucky to have a greatgranny like you did. Her kitchen sounds like a lot of fun.

I saw Tricia with that cookbook when she was appearing on the morning shows to promote it; looked yummy but not the healthiest. I'm the same way with cookbooks. They basically collect dust at my place. I can honestly say I've never heard of an iced saltine cracker. Was it seriously tasty?

BLOGIVERSARY counting down to 13 years! 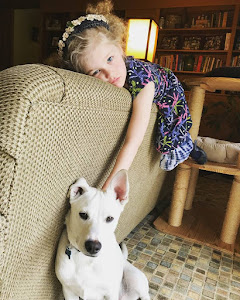 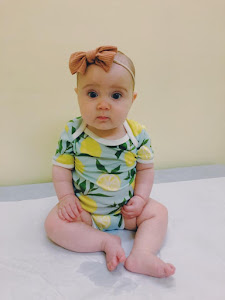